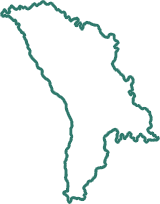 A statue in an abandoned psychiatric hospital in Moscovei, Moldova.

Moscovei is a dusty, provincial town, inhabited by about 3,000 people, lying in a rural area not far from the city of Cahul. Nicolai Bucicovar, the mayor, is welcoming us in his office. An unusual triptych of flags stands on his desk: the Moldovan flag, the Russian Federation tricolour with its Coat of Arms and the European Union one.

He is reluctant though to explain the meaning of this choice. Bucicovar prefers to focus on some of his recent projects as mayor: some fundings helped to renovate the roof of the local school and the town hall. 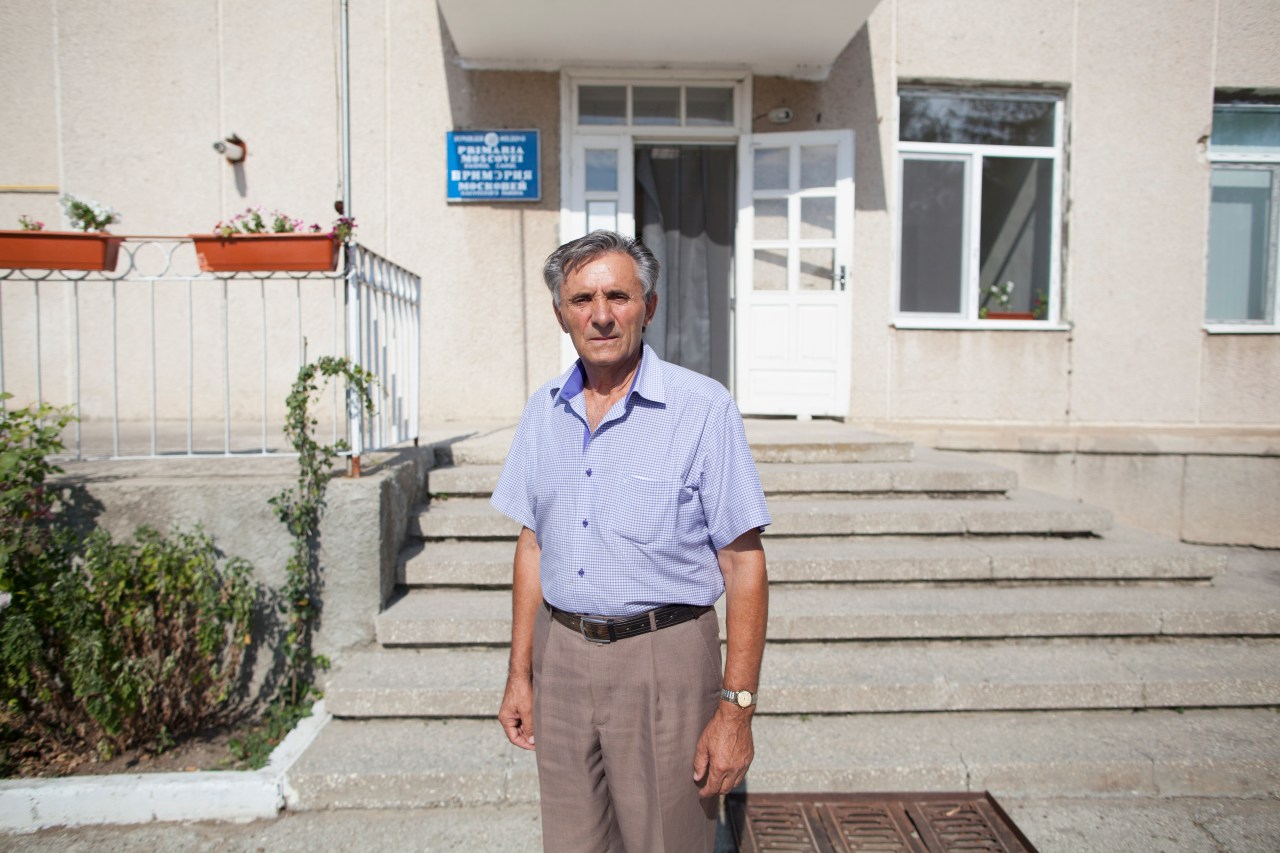 The mayor of Moscovei, Nicolai Bucicovar.

“The villagers, especially the youngsters, have nowhere to spend their leisure time here. People don’t know what to do.”

Nevertheless, the town is affected by the usual problems common to small centres throughout Moldova: a lack of attractions and facilities that gradually pushed the best generations away. It has not always been like today though. During Soviet times, Moscovei was a relatively prosperous place. There is still a symbol of that period that can be seen from the window of the mayor’s office: the former House of Culture.

Built during the 1970s, it was one of the most beautiful House of Culture in the region but very little is left of its former glory. It is sad for Bucicovar to see the only cultural centre of the town in total disrepair. “The villagers, especially the youngsters have nowhere to spend their leisure time here. People don’t know what to do.” He shows us a photographic album that illustrates with plenty of details the past of Moscovei: amongst other pictures, celebrations for the sixtieth anniversary of the October Revolution and a village fête with women dressed in traditional clothes can be seen. One picture shows a group of people in front of the House of Culture looking at the cinema program, with posters of Soviet science fiction movies.

The mayor had plans to start renovating the building, but the lack of fundings has stopped his project and now he is afraid it is going to be too late: the building is literally falling into pieces. During our visit, Bucicovar has to remind some of the kids playing inside to steer away from the unsafe structure.

“This town is a typical example of the complex mosaics of ethnicities of this region,” he says. According to the 2004 census, the last available data show that 36% of people in the village were Moldovans, 34% Bulgarians, 12% Ukrainians, 12% Russians and 5% Gagauzians. The mayor is clearly nostalgic for the past; his town somehow embodied the idea of Soviet citizenship, a concept of transnational citizenship supposed to overcome the social and ethnic differences.

Bucicovar thinks that a special friendship between Moldova and Russia should be preserved, despite what the central government has been doing to steer the country towards EU. 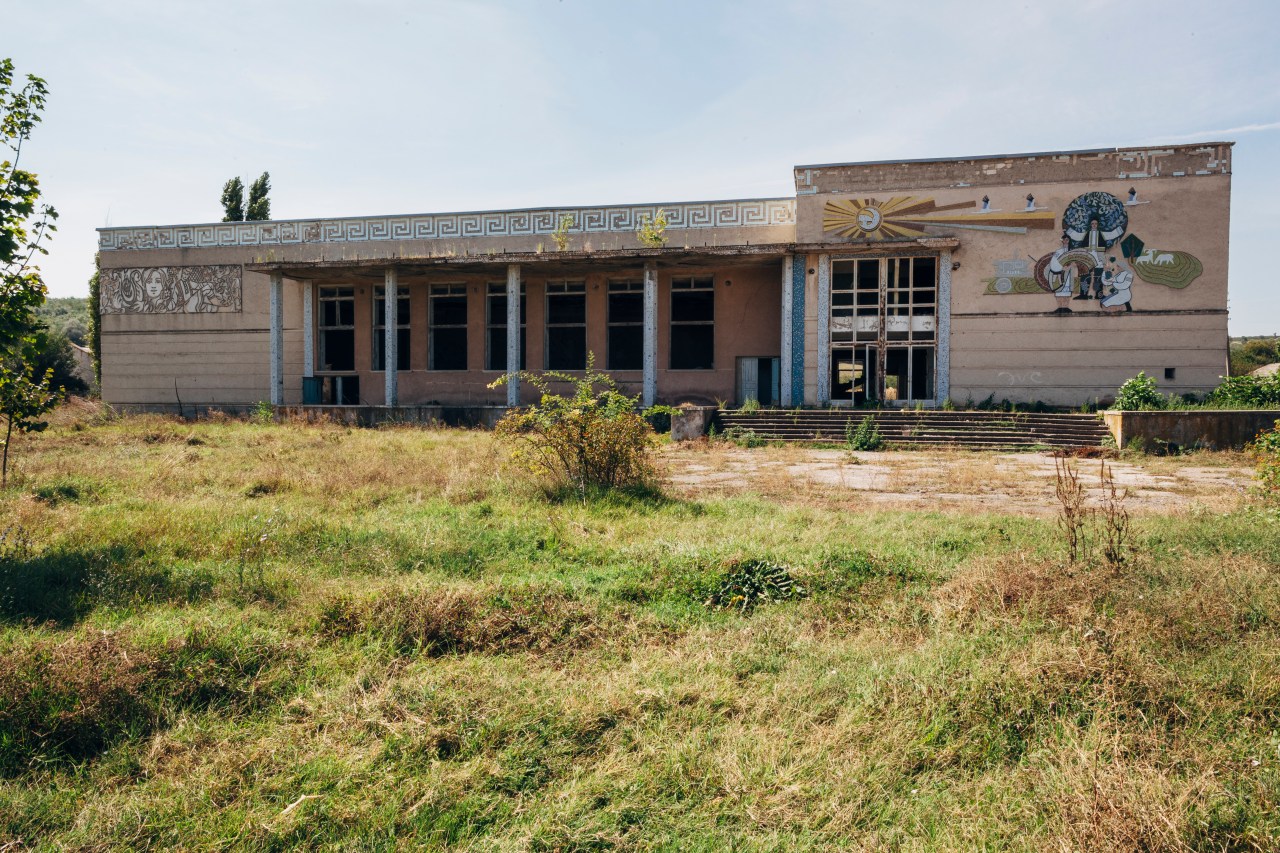 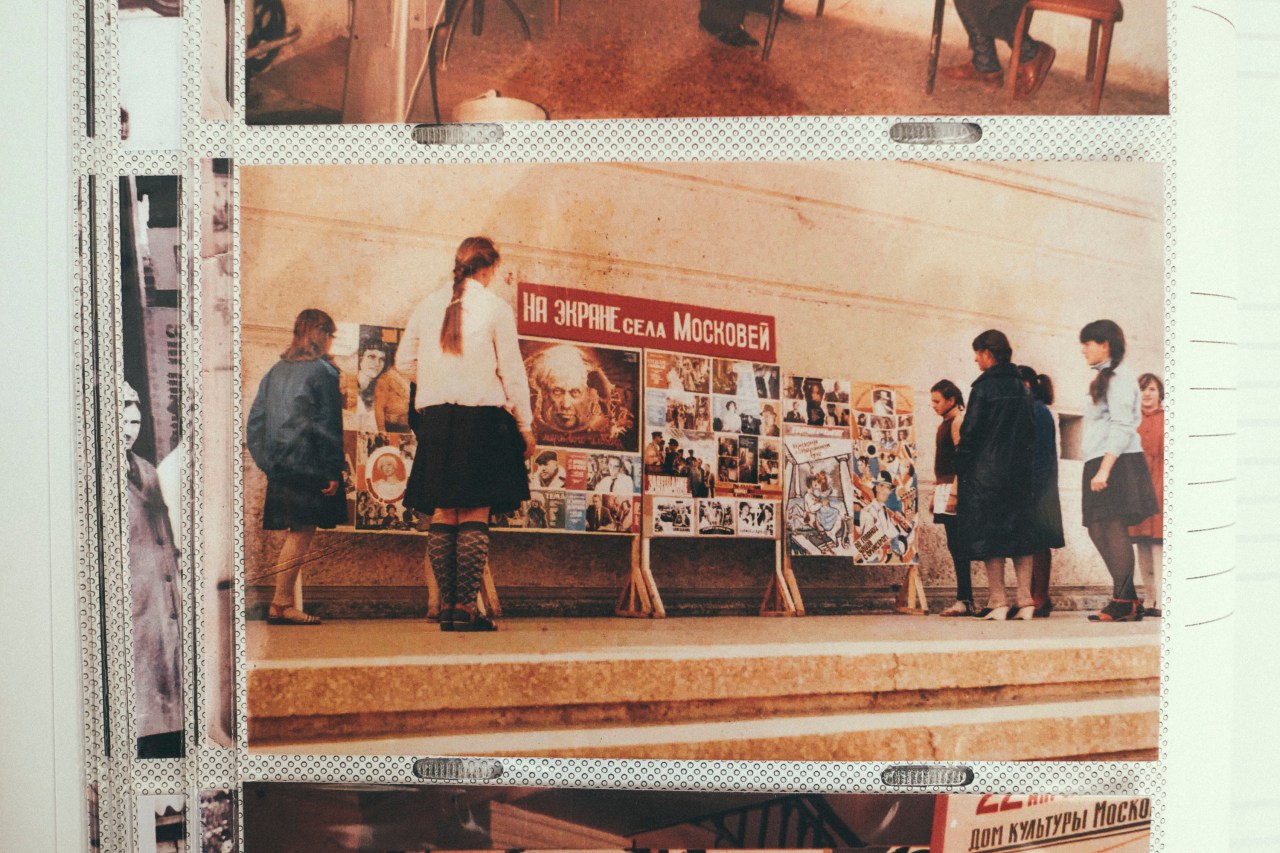 A once thriving town: the cinema in an old photograph of Moscovei. 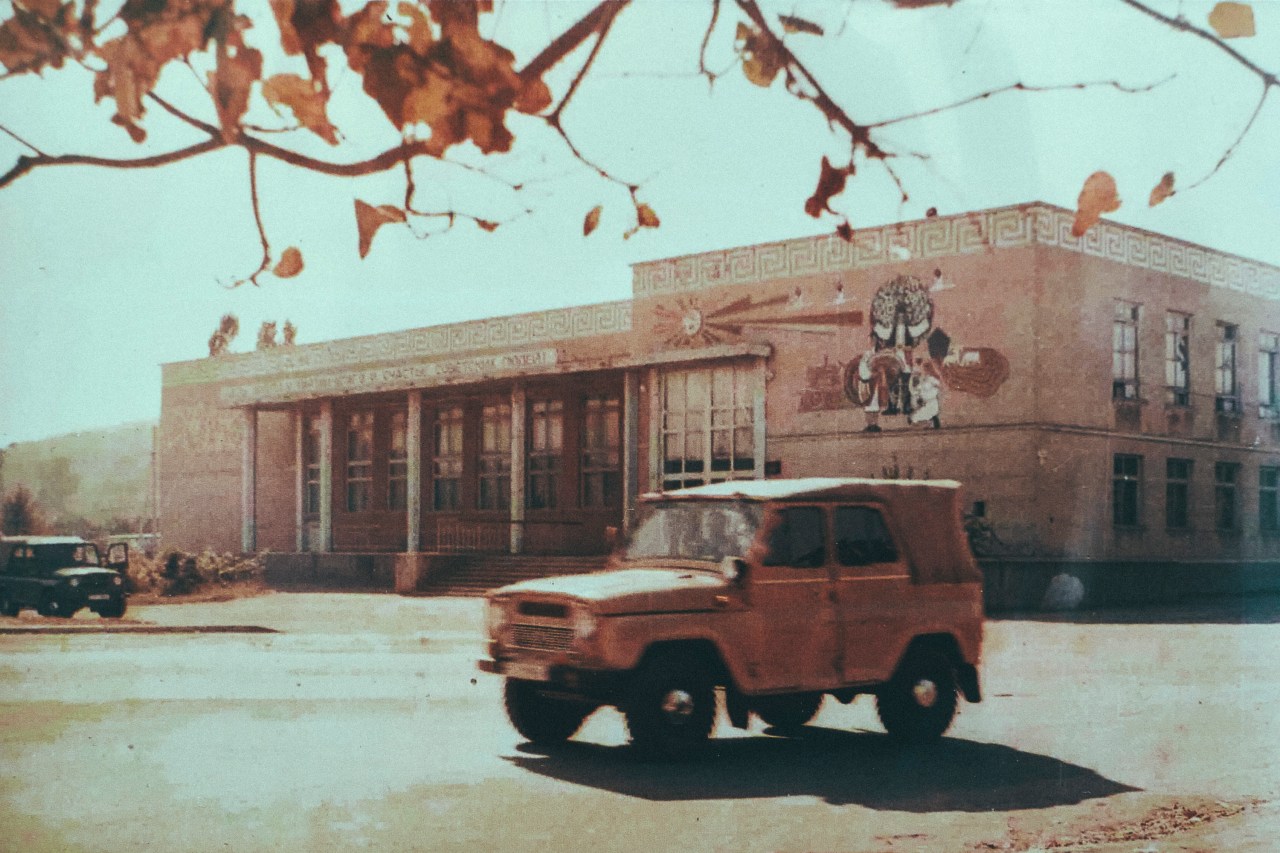 A once thriving town: the House of Culture in an old photograph of Moscovei. 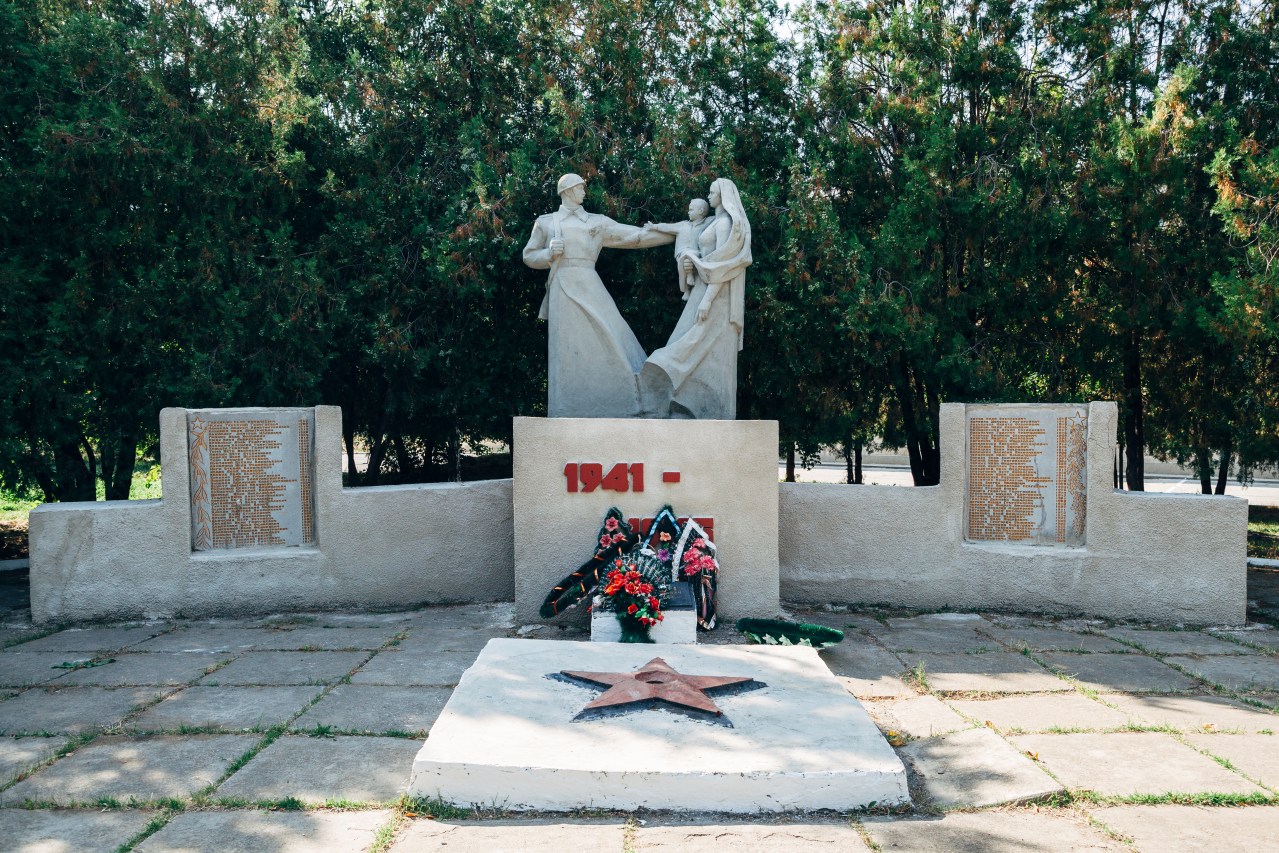 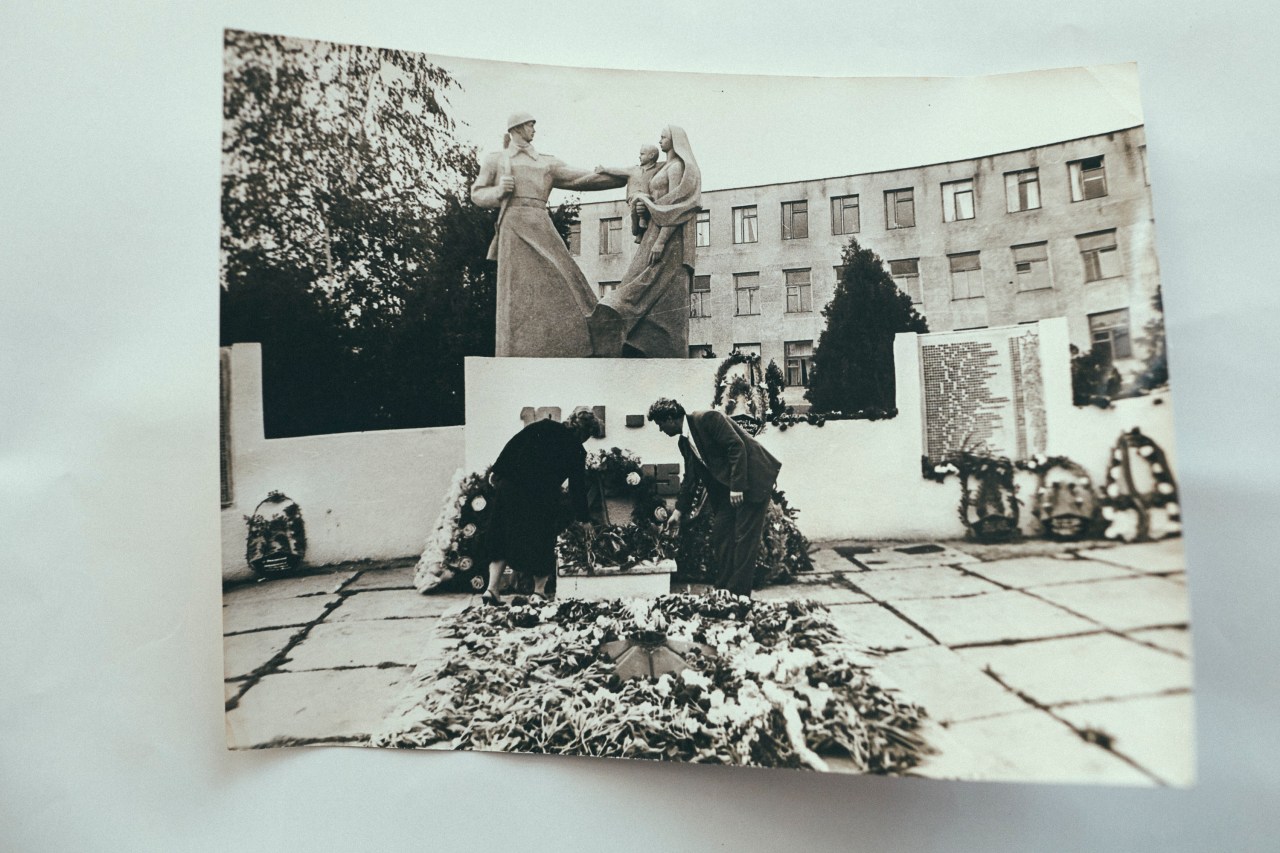 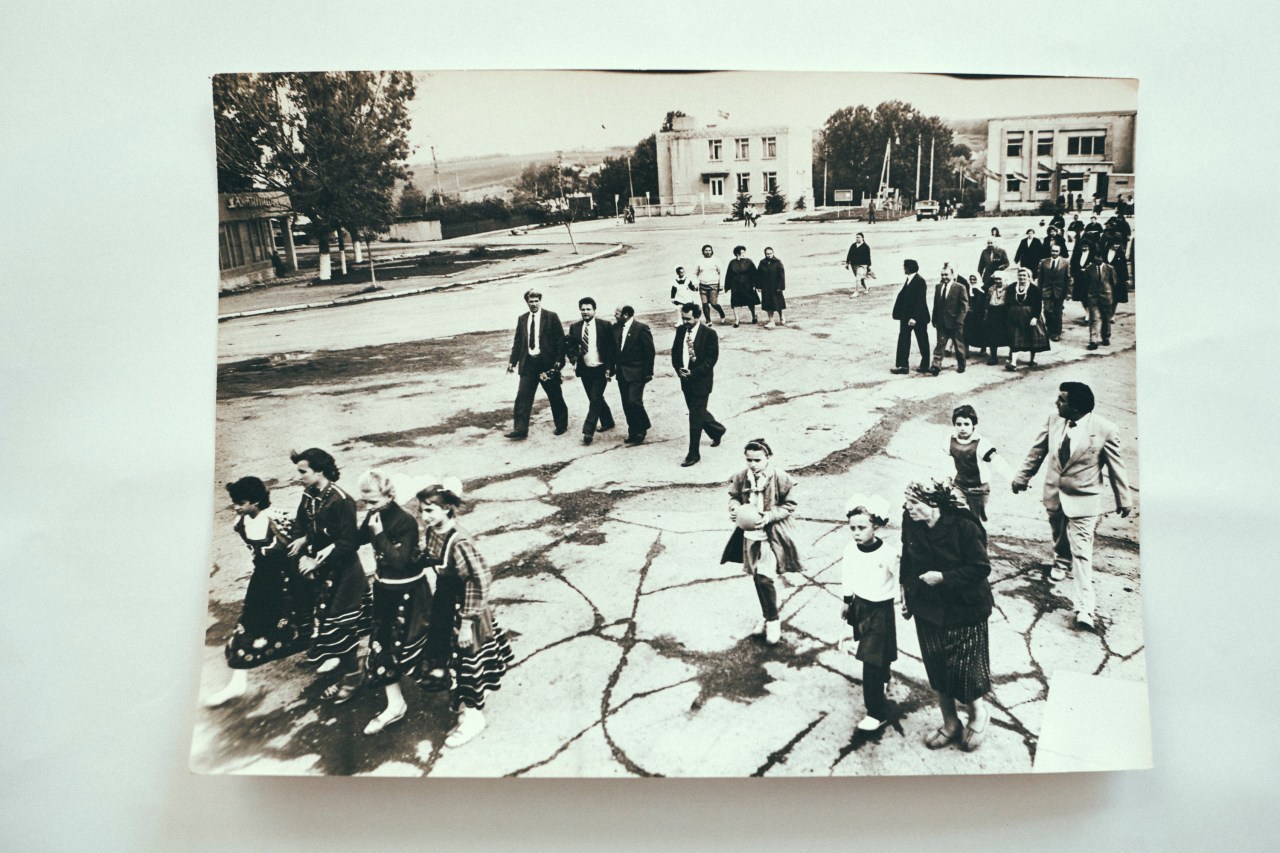 A once thriving town: a festive day in an old photograph. 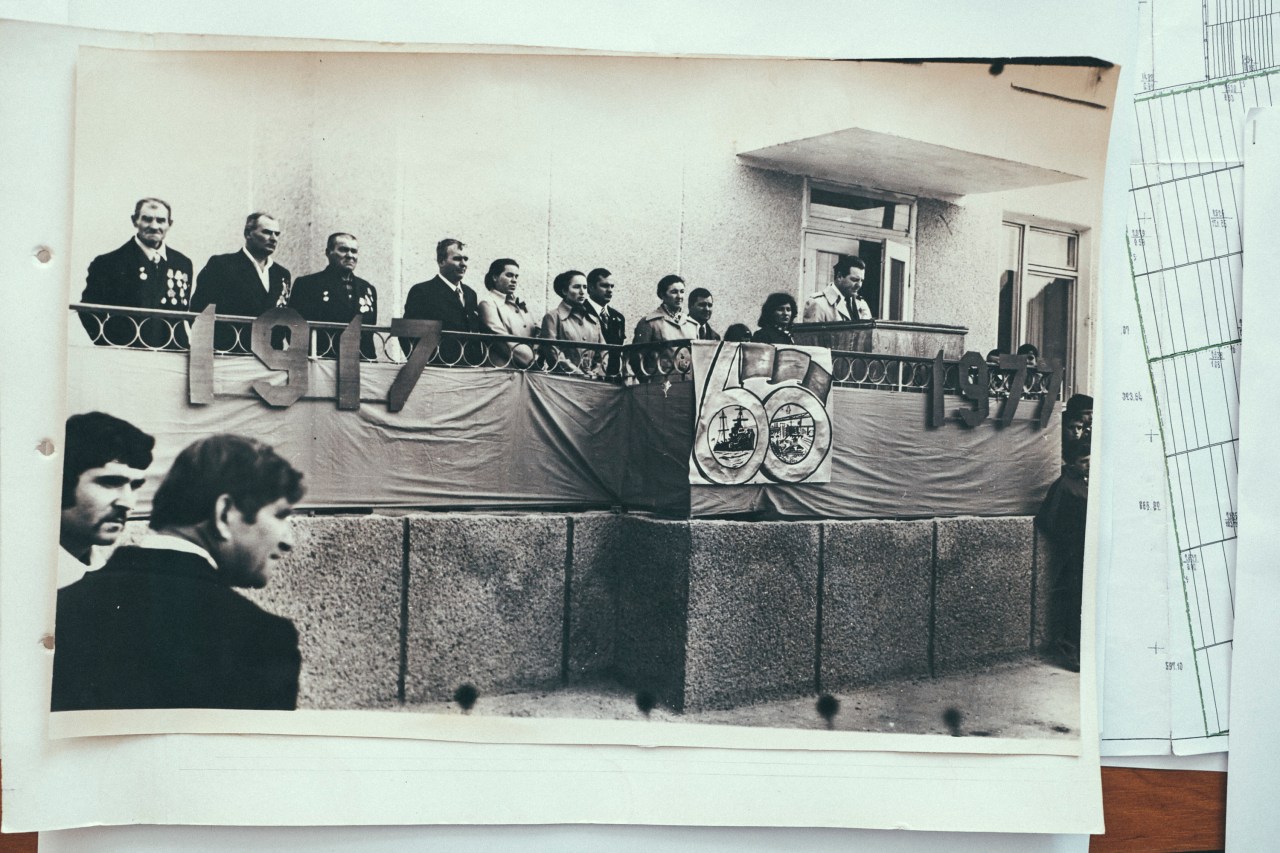 Right outside the town, close to the main road heading south but well hidden from sight by a thick line of trees, lies an abandoned psychiatric hospital, another sign of a past that never seems too remote in Moscovei. The entry is barely visible and if it was not for a sign, it could be mistaken for the entry of a villa. The sign says: ‘психо наркологическое отдаление – црб кахул’, the Department of Psychology and Narcology of the Cahul district hospital, a centre for the treatment of drug abusers as well as patients with mental issues. It was a frequent occurrence in the Soviet Union health system to merge the two departments together and this is what is left of that dire legacy.

Amongst the lush vegetation, there are several pathways adorned by statues, one of them carrying the date ‘1961’. There are a dozen different buildings, most of them in ruins but some of the equipment and furniture are still inside. There is an X-rays machine with X-rays plates and rolls scattered on the floor, a physiotheraphy centre and a large amount of expired medicines. The most striking space is the administration building; there are piles of half burned passports likely to belong to former patients and many individual’s record of employment books issued by the Mинздрав СССР, the USSR Ministry of Health. In one corner, glucose solutions and pictures of long forgotten local leaders of the Communist Party.

The hospital was still in use in the mid 1990s under the administration of the Ministry of Health of the Republic of Moldova before closure.